While developing an application, a developer creates many objects that occupy memory. An excess amount of unmanaged memory slows down the application performance. Traditional programming languages do not provide garbage collection features such as C language. Although C language ideally suits embedded systems because of its low-level control portability and structured programming. So, working with such kinds of programming languages end up with much effort of freeing up memory manually.

Dot net provides its native garbage collection feature and the developer no longer has to explicitly free memory. The Dot net garbage collector automatically releases the memory when a block of memory is no longer need in the program. This technique prevents memory leaks. In this article, I will explain how to collect garbage memory or objects in Dot net c#. So let’s start.

What is a garbage collector and how does it work?

The garbage collector is one of the main features provided by CLR that helps us to clean unused managed objects. By cleaning unused managed objects, it basically reclaims the memory. When a dot net application runs it can create several objects and at a given moment of time. It is very much possible that it will not use some of those objects or it will not need some of those objects. 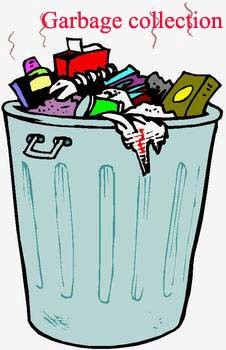 So basically for those objects, the garbage collector runs as a background thread continuously at a specific interval. It reclaims the memory once it finds an unused object. So, the garbage collector is nothing but a background thread that runs continuously. Checks for unused managed objects clean those objects and reclaims the memory.

Basically, there are three generations that are generation 0, generation 1, and generation 2. Let’s try to understand what is the concept of generations and how does it affect garbage collector performance.

Generations in the garbage collector

Basically, there are three generations that are Generation 0, Generation 1, and Generation 2 let’s talk about its key features.

Let’s understand this below given example.

In the above example, you can see when the application executes then all the initialized variables are in generation zero. When periodically the garbage collector finds an object that is not referenced in the program anymore, then it cleans that object and reclaims its memory, and promotes the rest of the object to the next generation. Remember, at the same time it checks for unused objects in generation one and generation two also, but at this point in time, it will not find objects in both generations.

How to collect garbage objects

This is just like any other method in the class and can be called explicitly. However, the main role of this method is to clean up objects. In the dispose method, we write clean-up code for the object. It is important that we free up all the unmanaged resources in the dispose() method like database connection, files, etc.

Finalize() is called by the Garbage Collector implicitly to free unmanaged resources. The garbage collector calls this method at some point after there are no longer valid references to the object. You must implement this when you are writing a custom class that will be used by other users.