First of all, we have a tendency to discuss the c# language …

Oops known as object-oriented programming language system is the main feature of C# which further support the major features of oops including:

Object-Oriented Programming (OOP) is a programming structure where programs are organized around objects as opposed to action and logic. This is important for a design view as it uses a different set of programming languages such as C#. Understanding OOPs concepts can help in making decisions about how you should design an application and what language one must use. This is the most important concept for web application development.

Everything in oops placed together works as a self-contained object. An object is a combination of variable and function and data can perform a set of relevant activity.

A class is a collection of method and variables. It is a blueprint that defines the data and behavior of a type. If a class does not declare a static, you are required to create an instance/object of a class stating what operation can be performed on that object. Objects are instances of a class. The methods and variables that constitute a class are called members of the class.

We can define a class using the class keyword and the class body enclosed by a pair of curly braces, as shown in the following example:

The keyword class is preceded by the access level. Because the public is used in this case, anyone can create objects from this class. The name of the class follows the keyword class. The remainder of the definition is the class body, where the behavior and data are defined. Fields, properties, methods and events on a class are collectively referred to as class members.

An object is a runtime entity of an object-oriented programing system. An object can be created by using the new keyword to allocate memory for the class in heap, the object is called an instance and its starting address will be stored in the object in stack memory.

When an object is created without the new operator, a memory will not be allocated in the heap, in other words, an instance will not be created and the object in the stack contains the value null.

When an object contains null, then it is not possible to access the members of the class using that object.

The syntax for creating an object of a class employee:

Abstraction is important because it can hide unnecessary details from reference objects to names. It is also necessary for the construction of programs. Instead of showing how an object is represented or how it works, it focuses on what an object does. Therefore, data abstraction is often used for managing large and complex programs.

This binds the member function and data member into a single class. This also allows for abstraction. Within OOP, encapsulation can be achieved through creating classes. Those classes then display public methods and properties. Encapsulation is like an enclosing in a capsule, that is enclosing the related operation and data related to an object into that object.

Encapsulation is just like your bag, in which you can keep your details. It implies it is the property of encapsulating members and functions. Encapsulation is a process to hide internal details to an object; in other words, it states the working of an object.

Encapsulation is a technique used to protect the information in an object from another object. Hide the data for security such as making the variables private and expose the property to access the private data that will be public.

Suppose you are creating the class with functions and by with objects of which you are making available the functionality of your class by that object and without the intermediate in the original class.

Inheritance is a feature of object-oriented programming. It allows code reusability when a class includes property of another class it is known as inheritance. 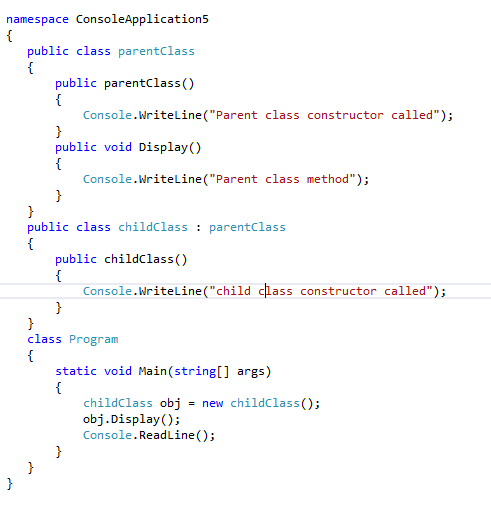 Polymorphism has the ability to provide the different implementation of methods that are implemented with the same name.

There are two types of polymorphism: 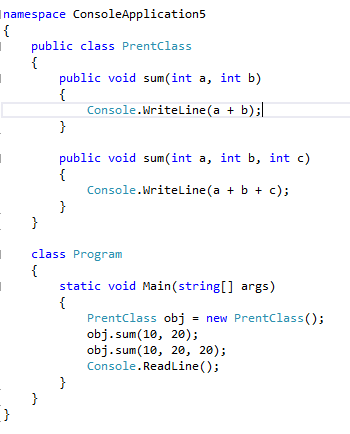 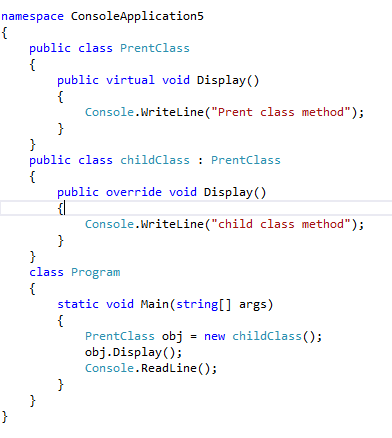 I hope, you enjoyed reading this article. Your valuable feedback, questions or comments about this article are always welcome.