Welcome to the world of technologies created and nurtured by us only. With Smartphone by your side, iPod on your right, laptop on your left, and many other things including USB-gadgets, headphones, medical gadgets, etc. located in some corner or the other of your room, we are experiencing technology in every way possible.

And let me clear that technology is not all about gadgets, but it is also about creating desired software to make your gadgets work the way you want. Without the development of required software, it is impossible to proceed ahead with that technology!

So, now we are quite clear about the Software and its Quality. As stated above that the Software which we use is developed by us (Developers), hence it cannot be regarded as an automated process. No one is perfect, so there are possibilities of having issues from the developer’s end. The possibility of Defects introduced can just happen because of the following reasons:

So, for the above reasons, we need to verify the Quality of developed applications. And, before verifying it, we have to understand about the ‘Software Testing‘.

The process of executing programs or applications with the intent of finding the bugs is commonly known as Software Testing. We can also define it as an activity to check or compare whether the actual result matches the expected result or not or to ensure that the Software System is Defect Free.

It also helps to identify errors, gaps, or missing requirements contrary to the actual requirements.

For more details about Software Testing, you can refer to SOFTWARE TESTING: A BRIEF GUIDE.

Now, it’s time to understand the necessity of Software Testing. As we all make mistakes, some of those mistakes are unimportant, but some of them are expensive or dangerous. So for this, we need to check everything and anything we produce because there is a risk of making mistakes at any point in time.

Since we assume that our work may have some mistakes, it is our duty to recheck things before taking the final call. Some of the mistakes come from bad assumptions and blind spots, so we could make the same mistakes on rechecking. Hence, we may not notice the flaws in what we have done.

Software Testing is very important nowadays because software bugs could be expensive or may even prove dangerous. Software bugs or issues can potentially cause monetary and human loss, history is full of such examples.

Due to the above-mentioned scenarios, the need for Software Testing increases, and now each & every software, before introducing in a real World or to End Users, is first being tested by Quality Analyst, who prepared their Test cases on the behalf of  Requirements and they verify it by executing the Software.

A defect is a bug or an error created in the application. A programmer, while designing and building the software, can make mistakes or errors. These errors mean that there are flaws in the software. These are called defects.

Where The Defects Arise? 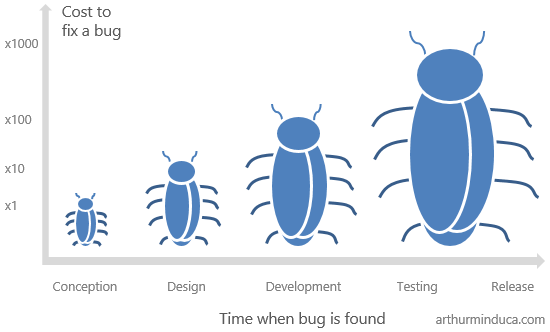 Defects and failures basically arise from:

When The Defects Arise?

The defects arise in Software or an Application due to the following reasons:

Now, when the defects arise in the Software, it might be due to any reason, but being a developer, they have to fix it. So, the cost of fixing that bug might be more if that defects found at the end. Now if the error is made and the consequent defect is detected in the requirements phase then it is relatively cheap to fix it and if the system has been implemented then it will be much more expensive to fix that bug. 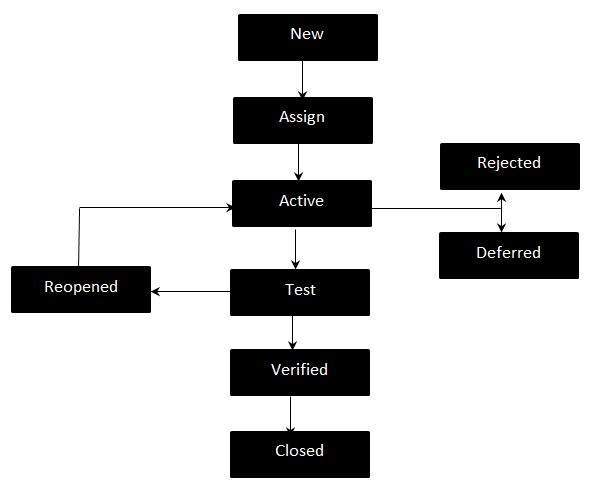 Software testing is critical as nothing is bug-free. By proper testing and proper documentation, we can reduce the Bug percentage. After all, as said by Steve Maguire, “Don’t fix bugs later; fix them now”!