In case, you have decided to go through this blog post, I am sure you must have performed all your manual efforts required in the software testing process. And as for now, you must be looking for an automation process that can minimize your manual effort to almost zero. Well if Yes, then this blog post assures for satisfying your quest for the same.

Mobile Automation testing is an exceptionally successful contrasting option to conventional manual testing. It diminishes the time required for a testing and accomplishes speedy outcomes. Using automation, we can re-use same tests to re-execute on different devices and different Operating System.

There are a number of Mobile Automation testing tools available, some of them are paid and some are open source. I have chosen Appium because of its advantages over others:

The list down of these benefits must have encouraged you to know more about it. So, what are we waiting for? Let’s scorch more about the term ‘Appium’! 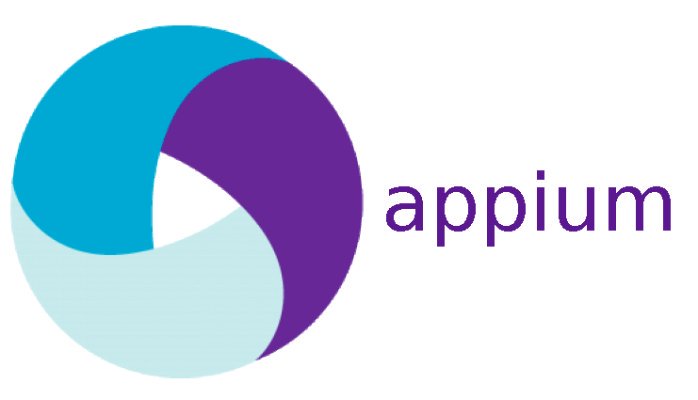 Mobile web apps are web apps accessed using a mobile browser (mobile version’ of a website). They don’t have to install.

Hybrid apps have a wrapper around a “webview” — a native control that enables interaction with web content.

Appium is an HTTP server which was written in node.js, it’s architecture is as same as Selenium Webdriver Server.
*Receiving requests from the client libraries
*Executes the commands on the target devices & emulators
*Responds with an HTTP response. 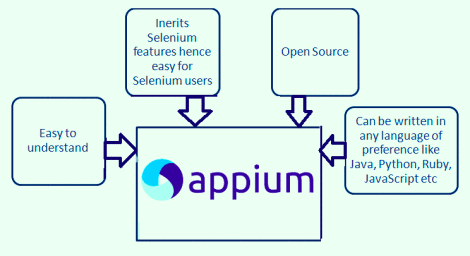 Appium will support only Android and IOS but not Windows platform. And the architecture of Appium is different from Android to IOS.
Let me explain it in a simple way. Generally, when you’re downloading Appium, you are basically downloading the server. When we execute our scripts, an Http request goes in JSON format to Appium server. Then Appium server sends the command to IOS instruments which need bootstrap.js file to automate IOS apps and for Android, it sends to UIAutomator which needs bootstrap Jar.

The UIAutomator testing framework allows you to test your user interface (UI) efficiently by creating automated functional UI test cases that can be run against your app on one or more devices.

When we execute the test scripts, Appium sends the command to the UIAutomator. To listen to our commands we need a TCP server. So, here bootstrap.jar works as TCP server. And then it executes the command on the devices.

Before starting with Appium, we first need to setup environment to run scripts on Android platform using Appium.

After the download and installation of all these software, you need to set up the path variables for JDK and Android SDK.

1) Open the Control Panel -> System or Security –> System; the same thing can be done by right-clicking on ‘MyComputer’ and choosing Properties.

3) Under the Advanced tab Choose the ‘Environment Variable…‘ option.

4) Select New In the System variables.

1) Now we need to specify the location in the PATH variable. For PATH, most probably it will already exist on your machine. So just select it and choose the Edit option.

3) Now go to Start and type cmd in the Run and hit Enter. It will launch the Command Prompt. Type ‘javac ‘, it will display the following information.

1) Open the Control Panel -> System or Security –> System; the same thing can be done by right-clicking on ‘MyComputer’ and choosing Properties.

3) Under the Advanced tab Choose the ‘Environment Variable…‘ option.

4) Select New In the System variables.

5) Define the Variable name as ‘ANDROID_HOME‘ and Variable value as ‘C:\Users\Dell\AppData\Local\Android\android-sdk‘. (AppData is a hidden folder, to make it visible you need to change the view settings)

1) Now we need to specify the ‘tools‘ folder location in the PATH variable of android sdk package. For PATH, most probably it will already exist on your machine. So just select it and choose the Edit option.

3) Now we need to specify the ‘platform-tools‘ folder location in the PATHvariable of android sdk package. Select the Path variable and choose the Edit option.

Create a new java project and,

Make a folder in your project and name it as jarfiles add these jarfiles to that folder. Now, right click on each jar file click on build path and click on add to build path.

Now create another folder inside your project to save apk file which you want to automate.

Launch Appium Server and click on Play Button to start the server.

Attach an android device with the help of USB cable to your system. To check the device is attached or not, open cmd and type adb devices and press enter it will display the attached devices.

Now, Run your script as java application or by clicking on the green color play icon in Eclipse IDE. It will Launch Amazon app on your device.

The step-by-step follow-up of these simple and easy steps can easily turn your manual effort into an automated one. So, instead of taking the pain manually, I would suggest for opting of Appium Test Automation Tool!