Python is a new powerful, popular and demanding programming language in the market. Well, this does not explain it all as there’s much more to dig into it!

Here, we are going to explore all about it like what is it, why we need to learn it, what syntax are and how to create different programs using this language. So, let’s get started…

What is python language?

Python is a general purpose interpreted, high level and object-oriented programming language which can be used for web application development.

Here, Interpreted means there is no compilation requires for the python program. It allows a programmer to do programming in the different styles. This language runs on different platforms (different operating systems) like Windows, Linux, and Unix operating system. It is a free and open source programming language. 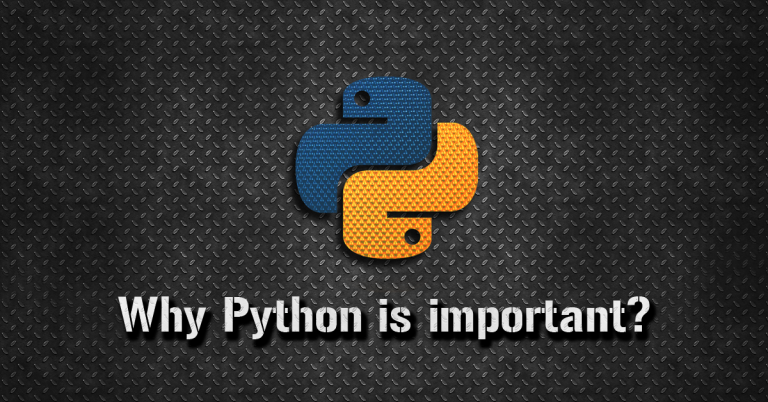 First of all, it is the most important to know that why we should learn python. Following are the reasons:

You can get most up to date or updated Source code, News, Binaries, and documentation etc. are available on official website of python https://www.python.org/.

You can download documentation from https://www.python.org/doc/. The documentation is available in HTML, PDF and PostScript formats.

Step 1: How to install and setup python on windows?

Here, I am going to define step by step process of how to install it on Windows, Unix, Linux and other different operating systems. So first, we are going to show how to install on windows.

Here are the steps to install it on windows:

Step 2: How to install python on Unix and Linux?

As like windows installation here is the simple steps to install it on Unix and Linux operating systems.

The location of the file will be /user/local/bin. All of its libraries will be at /user/local/lib/python-AA where AA is the version of python.

Step 3: How to install python on Macintosh (mac)? 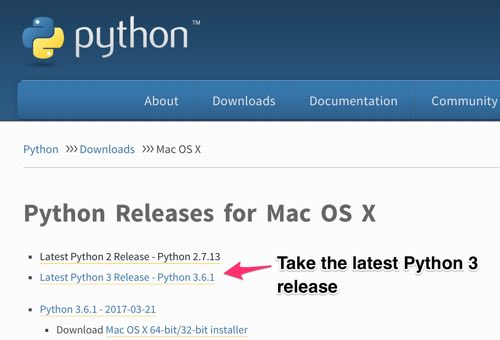 To set path at windows you follow the step.

Note– C:\python is the path of python directory.

How to Set Environment Variables Path in Python for Windows?

Here, I am going to define how can we add environment variable path for windows 7. To set the path, follow the given steps-

After doing this simple step then go to under system variable and create a new variable called Python Path. In this variable, I have the following path –

This is the best way to set the environment variable path for windows in the python language.

Setting Path at Unix and Linux

2.In the bash shell(Linux)- Type export ATH=”$PATH:/usr/local/bin/python” and press enter.

3.In the sh or ksh shell- Type PATH=”$PATH:/usr/local/bin/python” and press enter.

How to run python on Windows DOS and Unix/Linux?

There are three different ways to start with this process. Here they are:

You can run python from Dos, Unix and other different operating systems that provides you a command line interpreter or shell window.

Enter Python at a command line and write the command at the interactive interpreter.

Script from the command line

If you want to execute a script at a command line, first you need to call interactive interpreter in an application.

Here, we see how we can execute programs in python. There are different modes by which we can execute a program in this language. First is Interactive mode and second is Scripting mode.

Type following text at the prompt and then press enter key.

If you are using the latest version of python, then you would need to use print with parenthesis like print().

Every programmer should keep in mind one thing that while working with python live interpreter, everything is real and interpreted in real time.

Python shell is typically used to execute code interactively because it is a live interpreter. If you want to run a script from an interpreter, you must either import or include it or call the python executable.

The extension of the file is .PY which indicate to the operating system and the programmer that the file is actually a Python file. After interpreter called, it reads and executes the file. Here is an example of script mode suppose file name is str.py –

If you have python interpreter then set in the path variable, then do this code-

This produces the following output as-

Assume that python interpreter is available in the directory /usr/bin/. Now, try to run this program-

This produces the following output as-

Note– All the examples given in this subsequent are executed with python 2.4.3 version.

A variable is nothing but a reserved memory location to store values. When you create a variable you reserve some space in memory. In other words, a variable in a program gives data to the computer for work on.

Every value in a python has a datatype. Different data types in python are –

Variable can be declared by you according to the condition. It can be named, number etc.

How to declare and use a variable?

Here I am going to give an example in which I will declare a variable and print it.

The output of variable should be “200”

What are the Identifiers in python?

Identifiers are the name which is given to a variables, functions, modules or other objects. Identifiers can start with –

Python does not support punctuation characters such as $,  and @.

Login works and login works both are different in identifiers.

Here are some naming convention for python identifiers-

How to write programs in python?

Here is an example to show how we can write programs in python.

Program source code is given below:

Here is a source code of the program to check whether the given number is prime or not.

Enter the number to check and find the desired output.

Result is:
Number is prime

So, I have clearly defined each part of this blog. In this article, I have defined all about installation, how to run programs in windows and Unix/Linux operating system etc. So, learn this programming language and go ahead.

I have tried my best to deliver easy, simple and valuable content regarding this new innovated programming language to learn step by step. I hope this blog will be more valuable and important for a new learner.