ISO (International Organization for Standardization): ISO is the organization and OSI is the reference model.

The OSI model is composed of seven ordered layers.

Organization Of the Layer

The seven layers can be thoughts of belonging two- three subgroups. Layers one, two and three (Physical, Data Link, and Network Layer) are the network support layers. So, they deal with the physical aspects of moving data from one device to another device.

Layers five, Six and Seven (Session, Presentation, Application) can be thoughts of as the users support layers, They allow interconnection among unrelated software system. Therefore, the main work of Transport Layer is used to maintain data over the net. and ensures that what the lower layer has the transmitted in a form that the upper layers can use.

Note: The upper OSI layer(five, six and seven) are almost always implemented in software, it is not hardware, the lower layer is the combination of hardware and software except for Physical layer.

Layers in the OSI model

Physical Layer communicates with the mechanical(hardware) and electrical specification of the interface and transmission media. The physical layer is responsible for the movement of individual data from one hop(node) to next hop.

Other responsibilities of Physical layers :

The data link layer is responsible for moving the frame from one hop to next hop.

Other responsibilities of the data link layer some  of them are 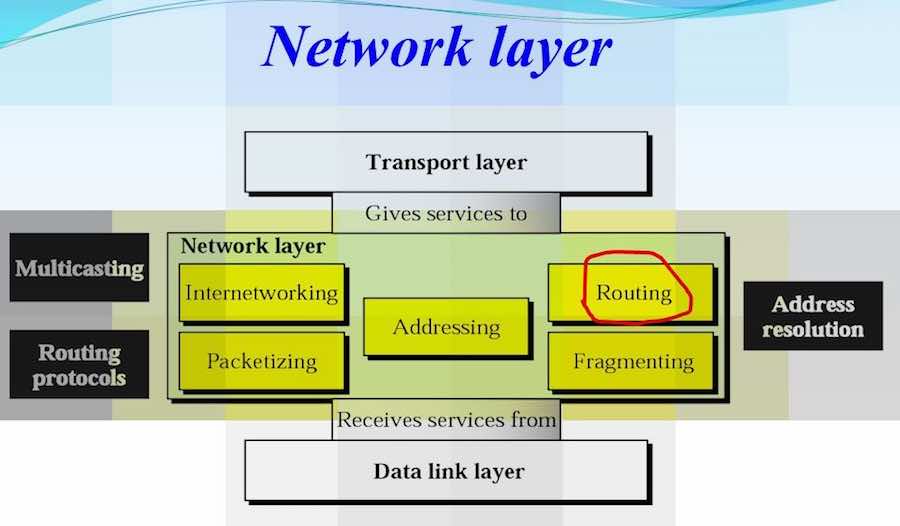 The network layer is responsible for the delivery of packets from one hop to other or the original source to the final destination. So, network layer decides the path via which the packets are to be transmitted from one source to another source over the network. This is the third level of OSI reference model and mostly used. 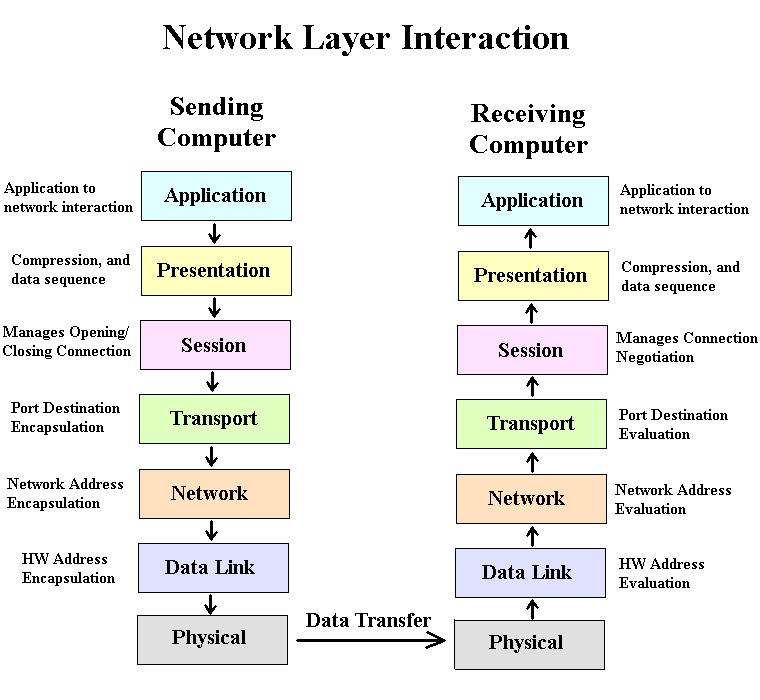 The transport layer is responsible for the delivery of a message from one process to another(ie process to process). 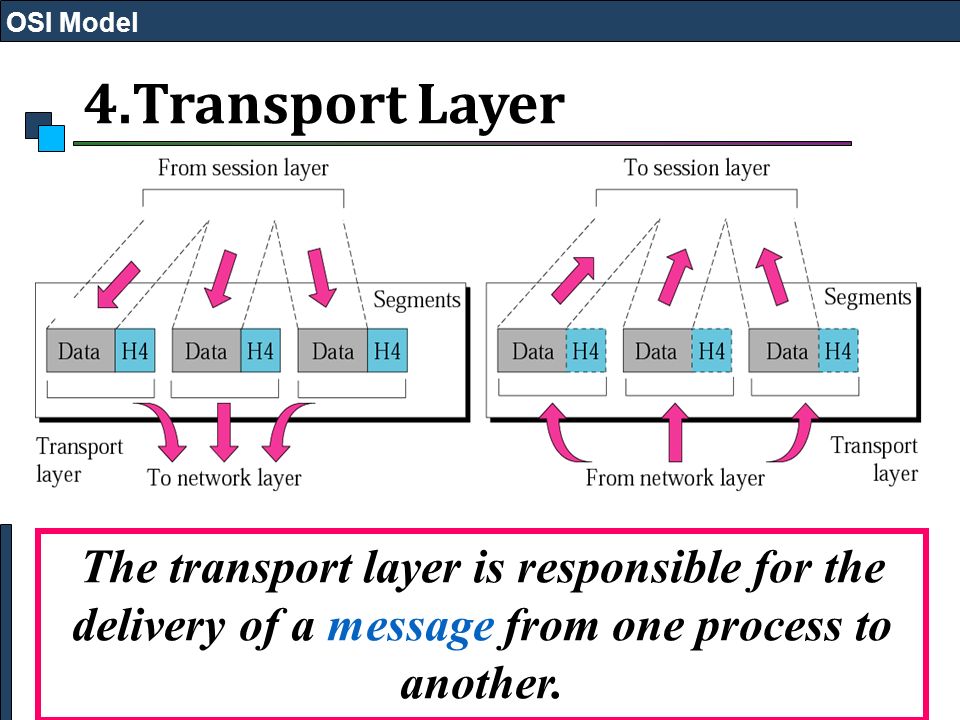 Other functions of the transport layer: 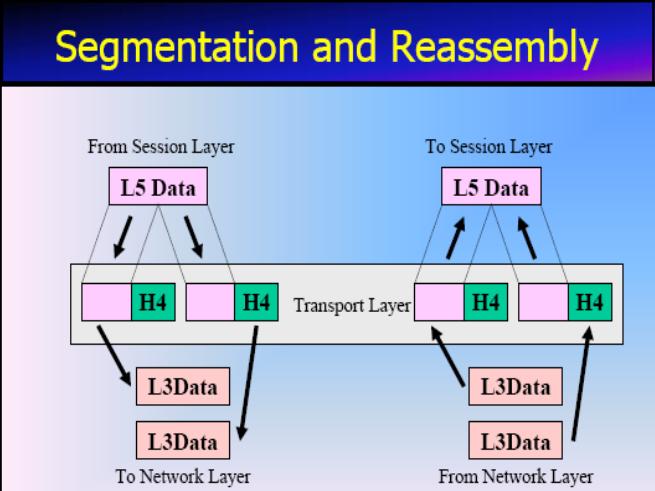 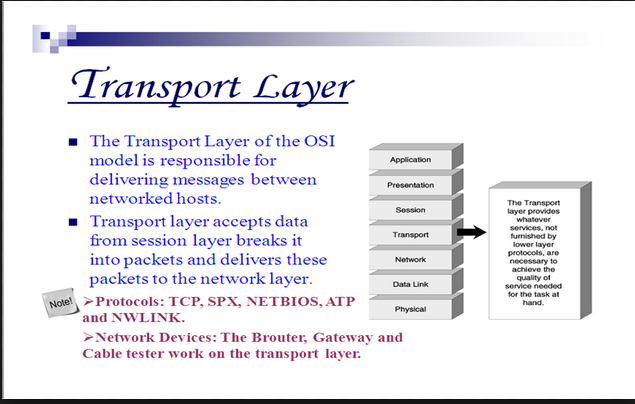 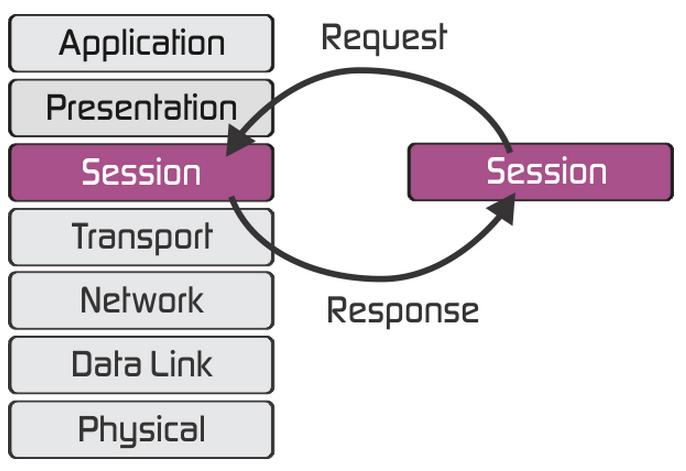 Session Layer other responsibilities, some of them are-

Dialog Control: Dialog Control is the first function of the session layer, it manages the dialog control activity. The session layer allows entering into a dialog. This layer allows the communication between two processes to take place either in half duplex and Full Duplex. Here half duplex and full duplex is the communication media over the internet or channel.

Terminating Communication: Session layer is responsible for terminating the connection over the internet.

Connection Failure: This layer is also responsible for checking for connection failure.

Reconnection: Session layer responsible for reconnection over the internet if the connection gets cut off.

Secure Connection: Also, this layer is responsible for maintaining a secure connection to the channel or the network. 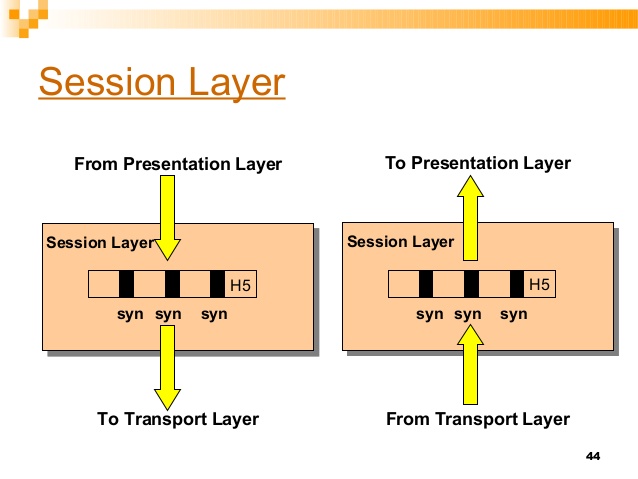 The presentation layer is the sixth layer of the open system interconnection reference model. This layer is concerned with syntax and semantics of the information exchanged between two systems. 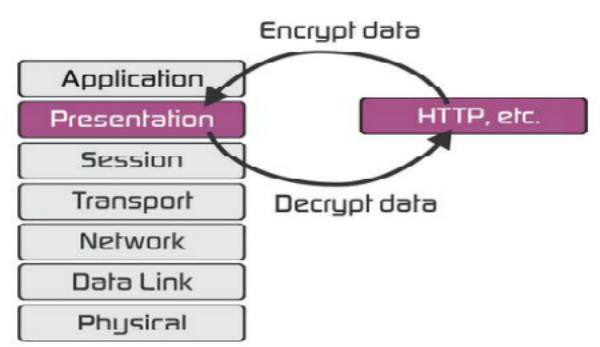 The presentation layer is the layer which manages the rules and set of protocols to transfer data over the channel. This layer uses one of the most important protocols that are Http protocol(Hyper Text Transfer Protocol).

Other specific responsibilities of this model are-

Encryption: Encryption is the most secure function of the presentation layer. First of all, Encryption means that the sender transforms the original information to another form and sends the resulting message out over the network. decryption uses to transmit data in first forms.

Compression: Data compression reduces the number of bits contained in the information. 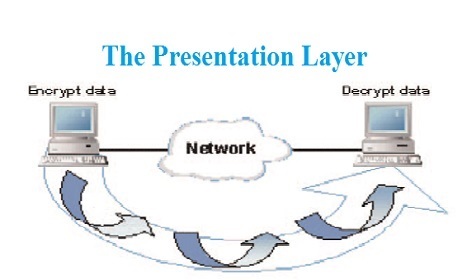 The application layer is the last layer of the OSI(open system interconnection reference model). Application layer enables the users( human or software) to access the networks.

Note: This layer is responsible for providing the services to the user.

Other Responsibilities of the application layer are-

Mail Services: This is the first function of the application layer. This application provides the basis for email forwarding and storage.

File Transfer, Access and Managed: This layer is also responsible for transferring of a file, access the file and maintain the whole file over v the internet.

Summary/Conclusion of the Layer

Physical Layer: This layer is responsible for transmitting bit over a media, to provide the mechanism and electrical.

Data Link Layer: To organize bit into a frame.  Also, this layer is responsible for delivery of frame from one hop to another hop(node).

Network Layer: To moves the packets from original source to final destination. Also, It provides internetworking.

Transport Layer: This layer is responsible for to provide the reliable process to process message delivery and error recovery.

Session Layer: To establish, manages and terminate the session.

Application Layer: This layer is the last layer of OSI reference model, It allows access to network resources.

OSI(Open System Interconnection) model is the reference model that describes how different model layers communicate over the network. ISO is an organization and OSI is the model. Therefore, this model consists of seven different layers. OSI layers which are the backbone of OSI model. In this article also explained how seven layers interact with each other over the network and also different responsibilities of the layers.
In addition, OSI model is the best model to transmit data, managed session, and terminating session.

I hope this article will be more beneficial for the new learner of the OSI reference model. 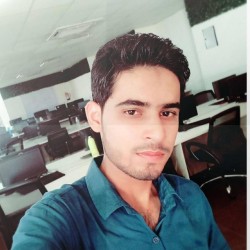