In this Blog, we will cover Regression Testing, its need, importance, techniques available to perform Regression and how it differs from Retesting. This type of testing ensures that little changes do not break software and the testers performing regression need to know what they are looking for and this guide explains how. 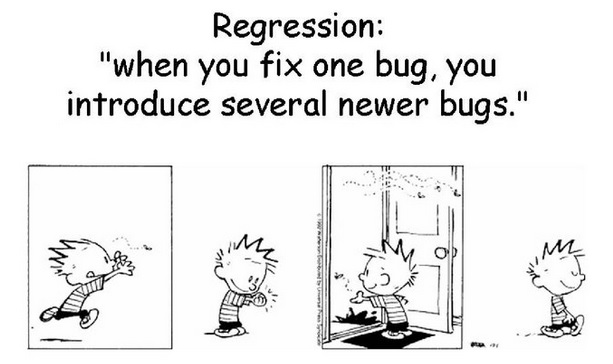 What is Regression Testing?

Regression Testing is defined as a type of software testing performed to confirm that a recent program or code change has not adversely affected existing features.

It is necessary to perform Regression Testing when there is a:

There are various regression testing techniques: 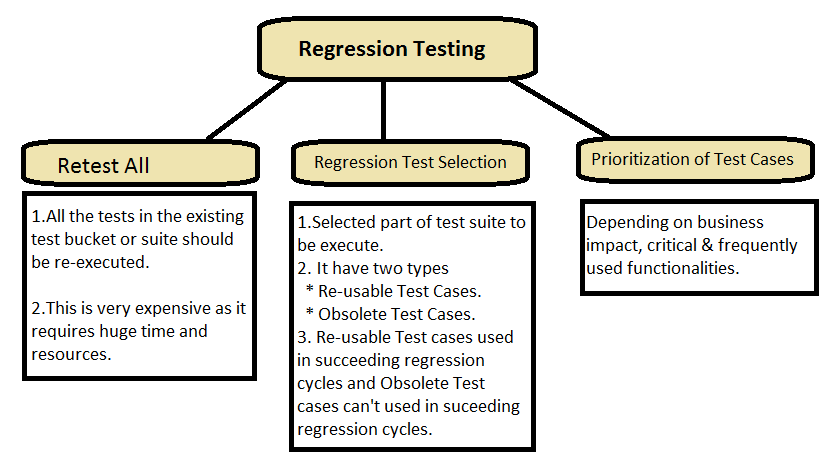 If a software undergoes frequent changes, costs will increase for regression testing. In such scenarios, manual execution time, as well as costs of test cases, will be increased. Therefore, Automating the regression test cases is a smart choice in such cases.

Following are most important tools used for both functional and regression testing:

How do we go about Regression Testing?

A sequence of steps is given below in order to understand how exactly we can go about Regression testing:

Initially, it is performed to check the stability of the system i.e., to confirm that the system works as desired under ‘normal’ conditions. The purpose here is to ensure that the system is stable even before the rest of the testing process is initiated.

Requirements for the modifications or additions of code must be thoroughly analyzed. Sometimes users report bugs that are found to be a result of last-minute alterations. Mandatory requirements of the customers must hence be carefully assessed, and test cases for regression are prepared such that the core features of the product remain firmly intact.

After the test cases are prioritized, they can be selected for execution. The selection of these test cases is done on the basis of the area that has frequent defects and based on the features and their criticality. Tests are performed for those units of code that have undergone multiple changes repeatedly.

Difference between Regression Testing and Re-testing

In the end, an effective regression strategy can save time and money both. As per one of the case study in banking domain, regression saves up to 60% time in bug fixes (which would have been caught by regression tests) and 40%  in the money. So, I am sure your decision lies in the same perspective as mine and that is REGRESSION TESTING!