QTP is one of the Test Automation Tools developed by Mercury Interactive in 2002. And, it was acquired by HP (Hewlett-Packard) in 2007. Currently, it supports Windows Operating Environment only. 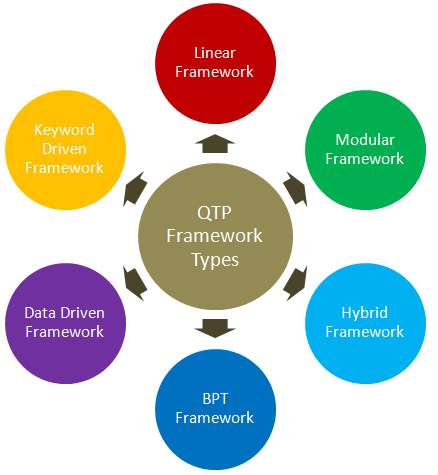 The use of QTP with examples

Assume that you are developing an application similar to Gmail. Once, after completing your development you need to test it by doing login with different username and password combination to make sure that your application will allow only the valid users.
For doing this testing, you can just start QTP and do the login activity one time. QTP will record the steps and it will be able to run the same steps at any time i-e QTP will automatically login to your application without doing any manual task other than just starting the QTP script replay. And, one of the most important points is that you can feed various username and password data to the QTP script so that it can do the same testing using various data. 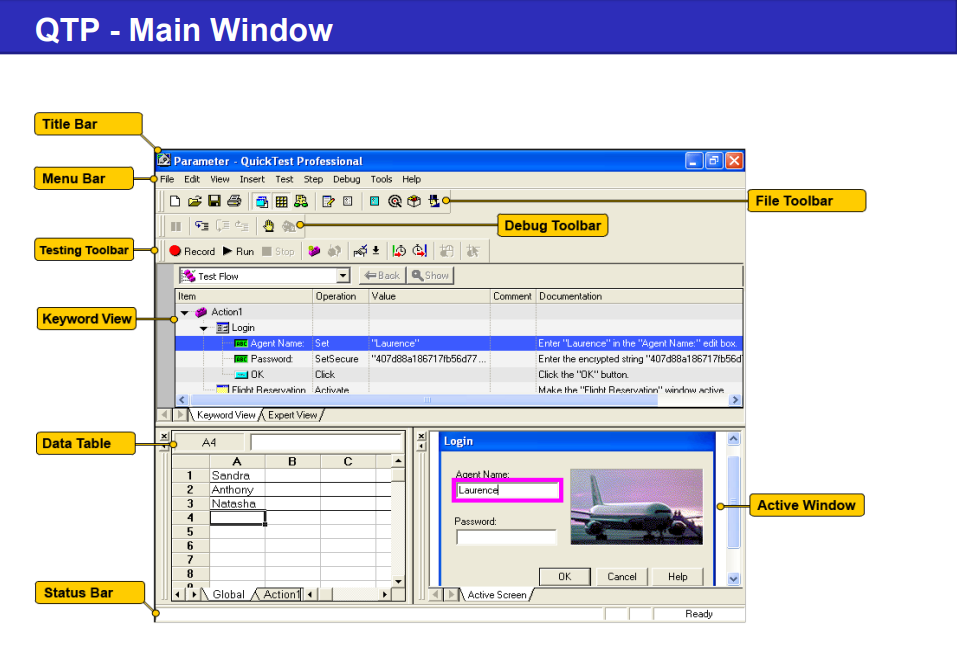 QTP provides multilingual support. With the help of QTP, it is possible to support multi-byte character languages such as Chinese and Japanese also. (But I had faced some difficulties with multi-byte character languages when using an old version of QTP. I believe those problems should be solved now. If you still face any difficulty with using multi-byte characters then you can use a new version of QTP. This is also possible to use SQL Queries within the script in QTP.
Record and Replay feature of this tool can be easily used by anyone who is having some basic knowledge of computers.
And, we can use QuickTestPro by programming experts also as it is supporting the VBScript and the COM. Because of this wide-range of capability, many companies are using QuickTestPro to automate their software testing activities.

Here is something about QuickTestPro

As we navigate through our application build with respect to corresponding manual test case actions, QuickTestPro graphically displays how each step performs as a row in the keyword view and displays VB Script program in the expert view.

This is about inserting checkpoints with our expected values to determine whether our application build is functioning correctly or not. While Exchanging fixed values with parameters, we can verify how our application performs the same operations with multiple sets of test data. Adding logic and conditional or loop statements enable us to add sophisticated checks to our test.

We can report the detected defect to the point of contact by using an available tracking system. During test execution, test engineers are required to report defects identified to the development team in a defect report format. It is necessary to communicate the point of contact and send these defects profiles to the development team to resolve defects. Here, we would like to present the usual way of defect report submission process. 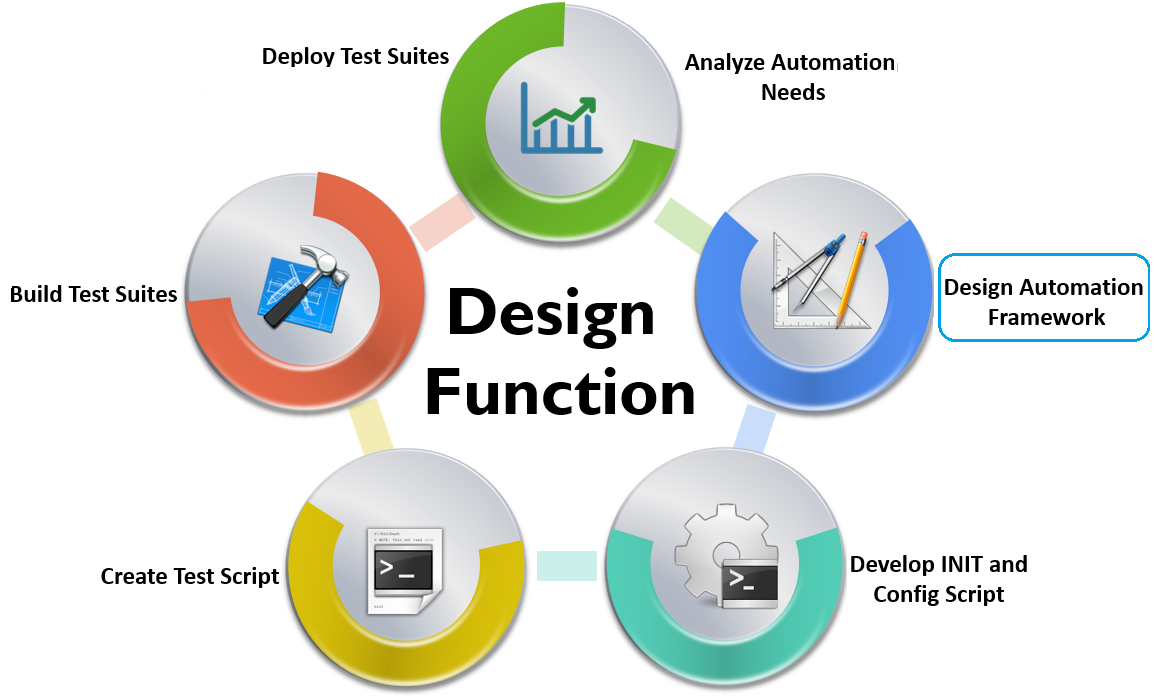 I will explain with one example-  Assume that your driver script calls three Tests. First Test will create a user account, second will test the Profile update feature, and the third one will test the user deletion feature. And, assume that the second Test will use the username created by the First test, and the third test deletes the account created by the first Test. In this scenario, if you face any difficulty while calling the second test we need not always start the dry run from the beginning. Since one user account is already created by the first Test successfully, we can just comment out the calling of the first Test and then continue the debugging of the second Test using the already created account.

Once, after reviewing all the test cases and after getting familiar with the application, we can design the automation framework for our need. It is necessary to choose a separate instance of application specifically for the purpose of developing automation scripts. It will avoid any unnecessary mess up with manual testing processes.