What is Speech Recognition? 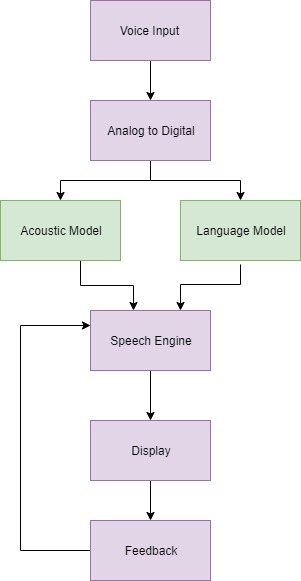 Where Is It Used?

The main objective of speech recognition is for a machine to be able to “listen,” “understand,” and “act upon” the information provided through the voice input. Automatic speaker recognition aims to analyze, extract, characterize, and recognize information about the speaker’s identity.

2.1 Speech Analysis Technique
Speaker identity can be shown by a different type of information that is present in speech
data. This incorporates speaker-specific information due to the vocal tract, excitation source, and behavior feature. This stage deals with a suitable frame size for segmenting speech signals for further analysis and extracting.

2.2. Feature Extraction Technique
The speech feature extraction technique is the process of placing words in groups or classes is about decreasing the dimensionality of the input vector while maintaining the discriminating power of the signal. From the basic formation of speaker identification and verification system, we know that the number of training and test vector needed for the classification problem grows with the dimension of the given input; therefore, we need feature extraction of the speech signal.

2.3. Modeling
The modeling technique aims to create speaker models using a speaker-specific feature vector. Further, Speaker recognition and Speaker identification are the parts of Modeling. The speaker identification technique identifies by itself, who is speaking based on individual information integrated into a speech signal.

What Is an Acoustic Model?

What Is a Language Model?

In brief, language models are used to limit the search in a decoder by limiting the number of possible worlds that are required to consider at any one point in the search. Finally, the result is faster execution and higher accuracy of the model.

Speech is the primary and most convenient way for people to communicate. We’re at a turning point where voice and natural language understanding are suddenly at the forefront. The main goal of the speech recognition area is to develop techniques and systems for speech input to the machine. Since humans do a daily activity of speech recognition, it is one of the most consolidating areas of machine intelligence. Speech recognition has created a technological impact on society. Further, expected to flourish in this area of human-machine interaction.

With significant advances in voice technologies, users will now need to spend less time performing lengthy searches or transcribing huge voice data to text transcripts. It is imperative that this new technology also establish a new mark in the construction of a brand through new-age voice dynamics enabled by the AI. More innovation can offer companies in the field of speech recognition, a wide horizon of opportunity to explore.