Testing is a fast-paced industry that is rapidly changing. The movement towards mobile devices has brought a whole different set of challenges to the testing world.

Mobile apps and websites need to be rock solid before they are released in the market. The increased usage and rapid development of mobile applications is a clear sign of the need to test mobile applications thoroughly before making them go live on Google Play or App Store.

The Smartphone Market Is Huge

Smartphones are rapidly becoming the primary mode of interaction for consumers and businesses globally. Every day, thousands of apps are being generated. Apps are now being incorporated into cars, wearable tech, and home appliances as well.

Why we are focusing on mobile application testing is because millions and trillions of options are available in the app store (IOS, Android, and Windows), and users have become unforgiving about them. They simply tend to uninstall the app if they find it not user-friendly, not serving the purpose, not giving proper server response, having errors, etc.

Companies want to make the mobile bandwagon quickly as smartphone penetration is increasing and impacting multiple sectors at once. According to research by PEW, roughly three-quarters of Americans means 77% now own a smartphone.

In this article, our focus will be on the main challenges which every tester faces. Finding a solution to overcome all of the challenges depends on the testing strategy that testers and developers apply to their agile development cycle.

Let’s have a look at key challenges in Mobile Applications that are faced while testing mobile apps:

The world of Android, iOS, and Windows is very complex. With everyday new launches and upgrades come various versions, different screen sizes, and compatibility issues. Developers and testers are facing challenges to keep up with this.

It is observed that the QA team doesn’t know the total number of devices an app needs to be tested with before releasing it in the market.

The mobile application testing needs to ensure that the apps are absolutely easy to use and the features do not confuse the users. All features should be easily accessible on the screen and should provide the highest value for the users’ time.

The user experience needs to be similar in all smartphones (Android, IOS, and Windows) and platforms. Mobile Apps QA engineers need to ensure that they design and develop separate test cases for mobile testing apps because obviously, the user experience is completely different than desktop usage.

This is very critical because, for many apps, the user experience and usability depends on a lot of the performance of the available networks. The app testing challenges increase with increased complexity. Nowadays, people travel very often, changing networks and roaming. Making sure that apps work when users need them at different locations for different networks is a challenge. This may be online or offline, with a weak signal too.

At many times, it is possible that two or more testers could require the same device at the same time. This results in one tester being left out waiting until the other tester finishes their work. In case of using multiple devices involves cost incurred, which could also involve additional time.

Moreover, it would be big a problem if testers are placed across continents.

This is very challenging for most testing teams as they need to consider various queries such as:

Inventions in the battery storage capacity field haven’t been as quick as in the app consumption. We are using lots of apps and multiple processes are running in the background without us even noticing. This all needs CPU cycles, which in its turn require power and thus battery life is short.

When testing mobile apps, we need to make sure that the power consumption is kept minimal and the app is built by keeping the best practices in mind.

With new devices getting launched at a frequent pace, the biggest issue of device memory is being eventually resolved. However, not all devices have a larger memory space. The low device memory can surely impact the performance of the application.

While engineering products, do not get irritated about using memory when you need to think about user experience. But at the same time, ensure that you don’t load a whole lot more than what you actually need.

Unplanned timelines to release the app to the market

The impossibly unplanned timelines might also cause a lot of impact on the testing of mobile applications, as it requires proper requirements, design, development, and testing. Various mobile development stages are closely linked and testing requires to be followed up.

Users demand a shorter delivery time of fewer than 20 days for a mobile application which makes turmoil situations during testing.

iOS users are known to be upgrading very fast to the newest OS version. On the other hand, Android uptake has historically been very slow and the fragmentation is very wide. 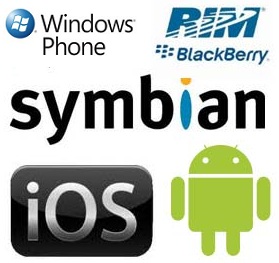 Mobile app testing is more complicated than testing a web application. That’s why a tester faces more challenges in mobile testing. However, having good knowledge in multiple areas like technology (requires multiple tools), software, hardware, usability, and user experience, can save your time and efforts!

4 thoughts on “How to analyze key challenges in Mobile Application Testing?”