Before the development of Bootstrap in the field of Web Designing, most of the people used to create their own set of CSS file for their projects. Most of the people follow the use of this method, but let’s face it, this is not the most efficient way for creating projects. Creating a proper CSS framework includes:

It will take many days of work and it becomes a project itself. Most of the designers do not have much time to follow the above-listed things. Nowadays, keeping up with the upgraded/new technologies and making responsive websites is very time-consuming.

So, what do you think how designers can create a website in an easy way?

There are different numbers of Cascading Style Sheets (CSS) framework but Bootstrap is one of my favorite. Due to the current demand for responsive website design, Bootstrap is the most widely used framework. These days, most of all smartphone’s users use their phones to surf the internet rather than laptops or computers. Now it is essential that website have to adjust according to the varying screen size of the mobile devices. This is one of the main reason why Responsive Web Design (RWD) is in demand.

Now, I think you have a question about RWD.

So, let’s move forward and know about RWD.

Responsive web design (RWD) approach used to design a website that automatically adapts to the devices of different screen sizes. This technique is already at its apex and is in the current demanding design strategy.

Before going to the topic, let’s have some knowledge about the background of Bootstrap.

Mark Otto and Jacob Thornton developed Bootstrap as a framework to encourage consistency across internal tools. It was originally named as Twitter Blueprint. Many different libraries were created before the development of bootstrap. At the time of interface development, these libraries were used which led to instability and a high maintenance burden.

Prior to release, its name was changed from Twitter BluePrint to Bootstrap.

“A super small group of developers and I got together to design and build a new internal tool and saw an opportunity to do something more. Through that process, we saw ourselves build something much more substantial than another internal tool. Months later, we ended up with an early version of Bootstrap as a way to document and share common design patterns and assets within the company.”

Alpha and beta versions were released before the official release of Bootstrap 4.

So now, let’s move towards the main point.

Bootstrap is a free and open source framework. It is a front-end development framework use to design websites and web applications. It contains HTML and CSS based design templates as well as optional Javascript extensions. As there are different web frameworks available to create RWD but bootstrap relate itself to front-end development only. It also gives you the facility to easily create responsive designs.

This framework needs JavaScript library called jQuery which is popular and widely used. This library jQuery comes in use to simplify and to add cross-browser compatibility.

Bootstrap 4 is break up into two main/major files:

In Bootstrap 3 there is one more file available:

I think by now you may have come to know about some of its features. Furthermore, it has many features and some of them are:

I think maybe now you are eager to download it. So, let’s start with this process.

Now the main point is From where you can download it?

So, Go to the link: https://getbootstrap.com/

Now, this page will open.

Here you can download both Compiled CSS and JS and Source files as shown in the image. 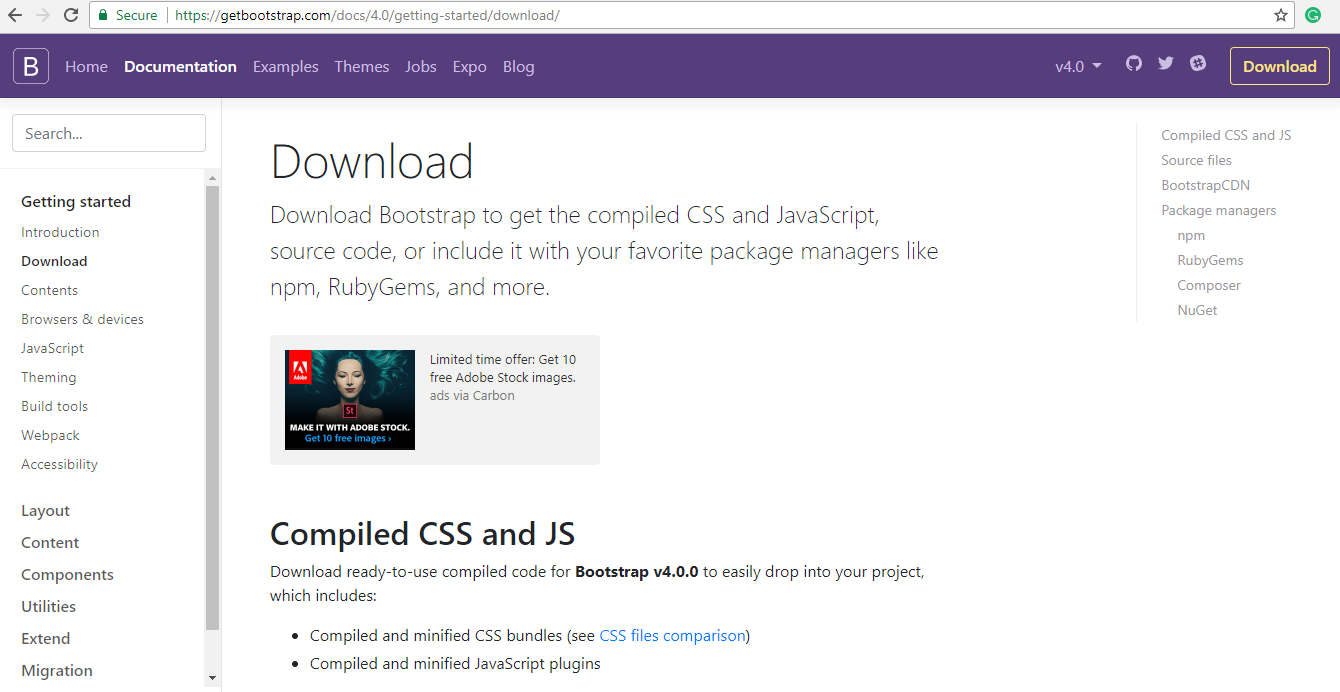 After downloading both Compiled CSS and JS and Source files, you will get 2 Zip files.

Now to work with them first you have to unzip these files then open these files.

I am sure you have a question…

So, let’s understand it with a simple example.

How to create a bootstrap file?

Now let’s create a simple form to understand how to work with it.

Create a notepad file and save it with the name “form.html“.

Now, start with a simple HTML layout for the form.

Now, we will create a form which we write in <form> </form> tag. 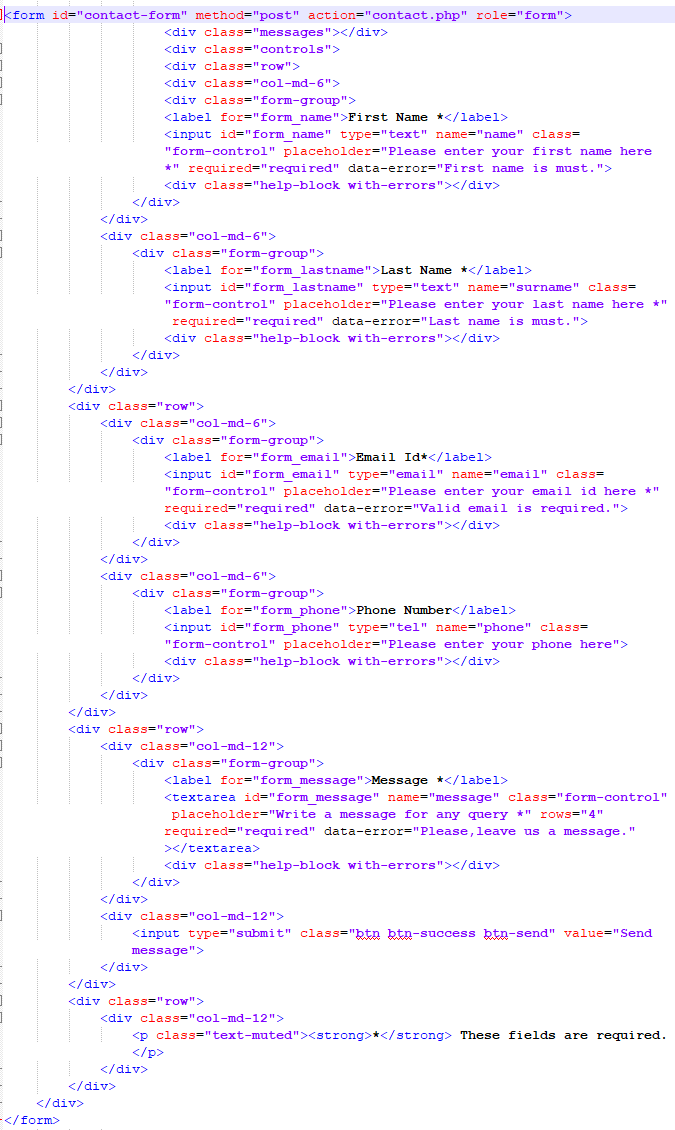 You can make a form attractive by adding a background image in the form.

Now let’s have a look at the form.

There are several advantages of bootstrap:

As everything has advantages, they also have some disadvantages.

Bootstrap is the trendiest front-end design framework and the main factor behind this is a large number of resources are accessible through it. It provides a great documentation with examples and demos. Documentation not only helps designers to design their website but also helps new learners. This provides the facility to design responsive websites. These responsive websites adjust themselves according to the size of the device.

As Bootstrap holds a very big online community, help is easily available if you have any issues/ query. Every Component and plugin is available in documentation with their live examples which makes it easier to use. It allows you to design the structure of the website first and then every other style. Keep one thing in mind, you should have the working knowledge of web development concepts like HTML and CSS.

For any further queries, you are free to place your valuable comments in the comments section below!