“Go will be the server language of the future.” — Tobias Lütke, Shopify

Nothing makes a developer go crazy than digging more for a new programming language. So, I started learning GOlang. Though it is not a much popular programming language like others languages (C, C++, Java, Python, C# etc), but its features and advantages are surely gonna make you incline towards its usage!

Here, I am going to explain what is Golang and the current stage of computer hardware-software and why we need new language like Go?

Go is a programming language introduced by Google in 2009 developed by Robert Griesemer, Rob Pike and Ken Thompson.

It is also known as Golang, Developed in traditional ALGOL (short for Algorithmic Language) and C.

The compiler and other language tools are open-source, originally developed by Google. 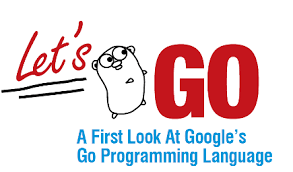 It is not required any integrated development environment, but supporting them well and also Supporting networking and multiprocessing.

Go language is similar to traditional C language, but make many changes to improve simplicity, safety and so on.

Some Improvement features are as follows:

Go includes the same process of debugging, testing, and code-vetting tools as other language distributions but the Go distribution also includes :

Go also has a number of types of other programming languages.

First Pentium 4 processor with 3.0 GHz clock speed was introduced in 2004 by Intel. You can see the comparison of increasing the processing power with the time in below chart. 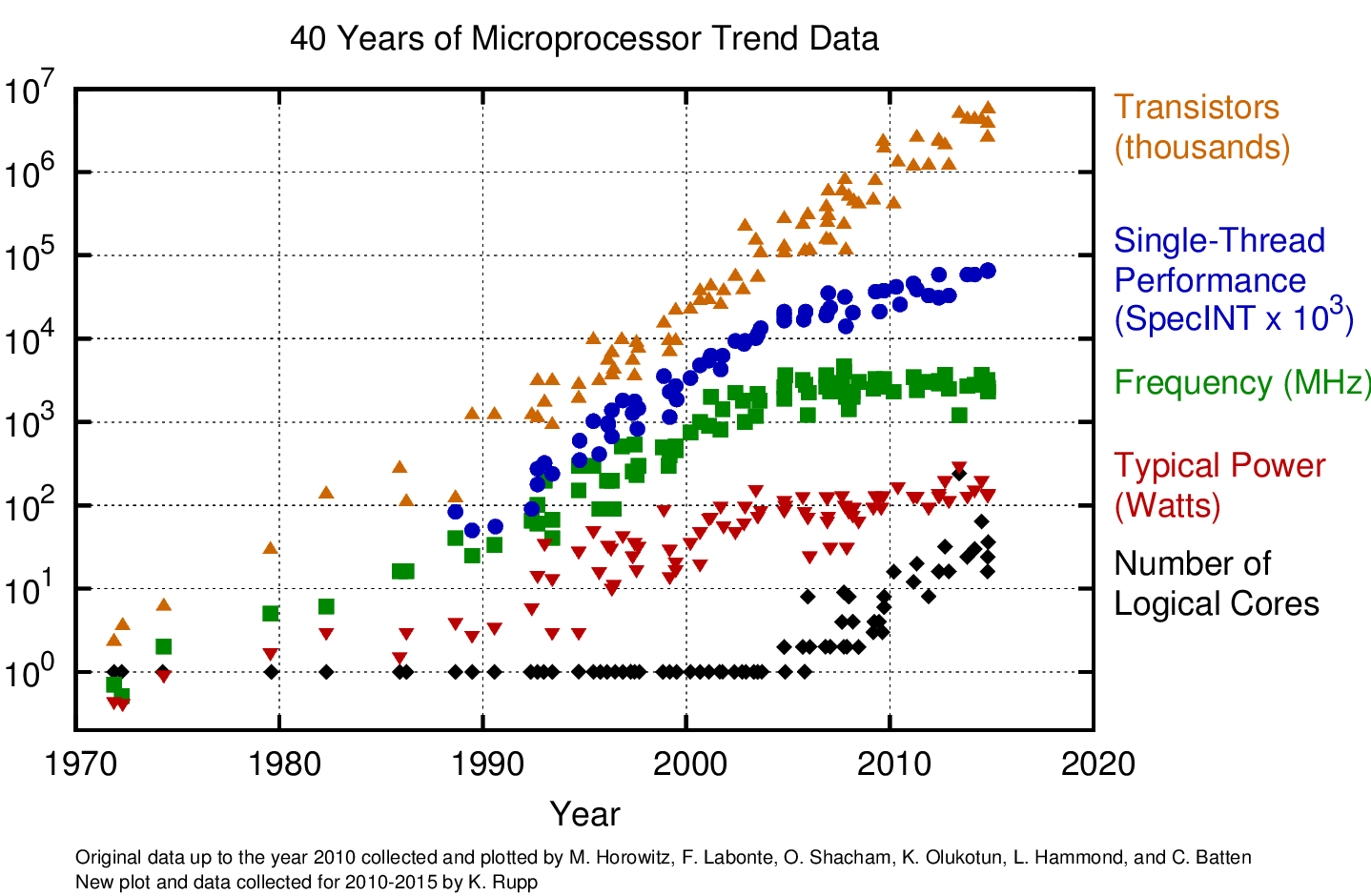 You can see that the single-thread performance and the frequency of the processor remained steady. So for this problem, we have solutions like…

Nowadays we have quad-core and octa-core CPU’s available.

But these solutions also have its own limitations like adding more and more processors having its own cost.

So, if we cannot work on the hardware improvements, the only way is to go, more efficient software to increase the performance, but the modern programming language is not much efficient.

“Modern processors are alike nitro-fueled funny cars, they excel at the quarter mile. Unfortunately, modern programming languages are like Monte Carlo, they are full of twists and turns.” — David Ungar

A goroutine is a lightweight thread managed by the Go runtime.

Goroutines run in the same address space, so access to shared memory must be synchronized. The synchronizes package provides useful primitives. 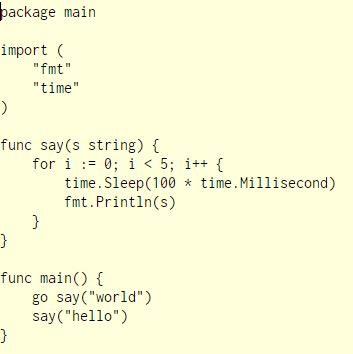 Other benefits of Goroutine :

Code Written In Go Is Easy To Maintain

Go have very neat and clean syntax to do programming. The designers of the Go at google had this thing in mind that code should be simple to understand for other developers and one segment of code should has minimum side effect on another segment of the code. That will make code easily maintainable and easy to modify.

Go doesn’t have many features of modern OOPs languages like…

Go is efficient, scalable and productive. Some programmers find it fun to work in, others find it boring. Go was designed to address the problems faced in software development at Google, which led to a language that is not a breakthrough research language but is still an excellent tool for engineering large software projects.

Many companies use Go, some name are as follows:

Some properties which make programming easy with Go are as follows:

Some notable open-source applications in Go include:

Hope my GO session was quite informative for you all!

2 thoughts on “Programming With Go (GOlang) And It’s Benefits”